You are here: Home / News

The Baudron Malbec Varietal 2006 and the Baudron Malbec Oak from the same vintage have each been awarded a Silver Medal at the prestigious VIII Concurso Internacional Vinandino 2007 that took place between November 26th and November 30th in the cities of San Juan and Mendoza in Argentina. 860 wines and 31 spirits of which 600 originated from more than 20 countries and 291 from Argentinean cellars took part in this competition making this result a trully remarcable one. 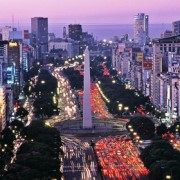 DAMARO Buenos Aires moves to their new offices at the Avenida Pueyrredon 1716 in the center of the city, our contact numbers remain unchanged. 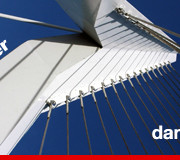 It is with great pride that we want to share with you this important moment, we look back at 10 wonderful years in which we layed the basis and shaped our aspirations, at the same time we look forward to a future in which we can grow together in the same pleasant fashion. 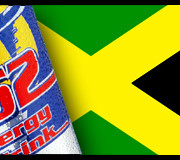 We are delighted to announce the continuing success of our Energy Drink B 52® which is now being introduced in the tropical island of JAMAICA by our exclusive importers Ice Beverage International Jamaica Ltd.
It is our firm conviction that B 52® will enjoy the same huge acceptance that our popular brand is receiving in many countries of the Americas.